Ohh man.....what am I going to do? What about HEROES??? What about Prison Break?? Where's all my time going to go?

I got my iron ring sized the other day. It was kinda cool. My pinky is size 5.5 if anyone ever wants to buy me a pinky ring.....hahaha.

Although I'm almost done, I'm super busy with school too. It looks like I won't be able to hang out with anyone for a fairly long time, but that's ok. Just think of all the time I'll have to hang out with everyone once I graduate......yes....graduation. So the iron ring ceremony is on March 10. That's when I'll oficially join the cult...haha

I also got my grad pics....it's basically up to the parents to see which one they like. Most likely it'll be one with a hat....because that's the "chinese" thing to do.....meh. My prof also wanted a class picture taken, which is kinda nice of him. I think we're the only department that does this. Man for being engineers, we sure do have a lot of girls in our class.....hahahha. I think we're a particularly close group. All these people are my homies....hahaha. Although there are some people missing in this pic. 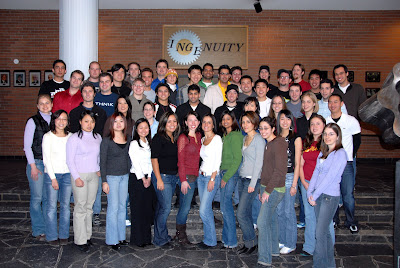 Reading week has been nice, but it's also been really busy. Man I wish I was done now. No more reports, assignments, exams......I want to be finished! Ohh well.

I don't have anything to talk about. The only thing I do now-a-days is homework. What a drag.....

I'm actually trying to challenge a course and in order to do that, I have to finish 8 assignments by Feb 16.........crazy. I have one more week to go and I still have 2 more assignments to do. These assignments are stupidly long too!

YAC on Friday was super funny....ohh man....how I love the youth. They are so cool and they'll do absolutely anything. I love their excitement and their boldness too. The picture of the YAC spitting out a wad of gum/spit on the plate and smashing with their hands is hilarious!!

Church was good today too. Darren spoke and he was awesome! He even had powerpoint slides and everything. It was very well done! They're going through this new system where once a month, someone from the congregation speaks.......who's going to be next?? I think we're also going to have 1 week of every Sunday be like an evangelism service...so that will be cool.

The 'rents come back on Thursday.....the house is so messy....ohh man...I'm going to have to clean big time!

Hehehe....YC is coming up again. Do you know who's going??? Yep...that's right...United. I hope it's the more well known United people though....not the up and comers. Ohh well. The crappy part is that I might be able to go. It all depends on if I am working, or if I am on vacation, etc.

For all of those that haven't been to YC. You should definitely go....it's an experience. Has anyone checked out the promo video yet? I can't watch it because it's in quicktime format, and I'm too lazy to download it.

I wonder if we're on the video. All I remember is Jen, Milton, Myself seeing the cameraman come close to us and then we all started jumping and then as soon as the camera left....we stopped jumping. Hahaha.....good times....good times.

So I just got back from LA. Man was it super fantastic. Even though I was gone for 4 days, it seemed like it was for a long time. It was very relaxing. I didn't have to do anything, or think about anything, or worry about school. It was nice. My cousin's wedding was super nice too. The nicest one I've ever been to. He had a cliff side - beach wedding. It was very very nice. Here's some pics I took with my phone. 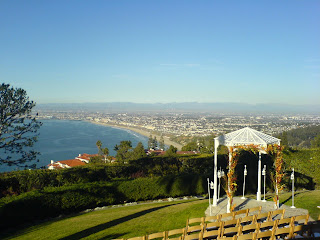 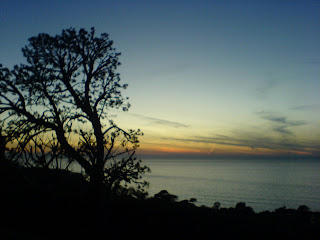 Here's some of the scenery that was the setting of the wedding. 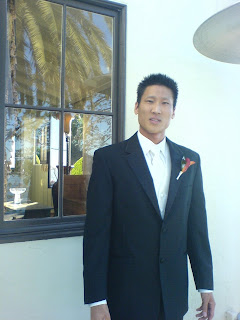 Here's a picture of my cousin. 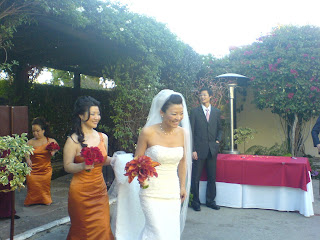 And here's a picture of my new cousin.

One of the cool parts of the night was my cousin surprising his new wife with a cool lion dance with all of his groomsmen. He said it took him a couple of months to learn, but they did a good job. They even went on each others shoulders. It was pretty cool. 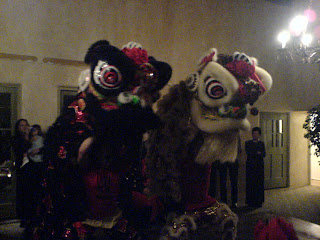 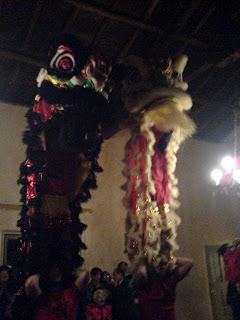 The coolest part was seeing my cousin get married and being able to spend time with my cousins on the other side of the family which I don't see very often. I also got to meet my niece and nephew for the first time too (cousin's kids).


All in all it was a very nice and relaxing trip!